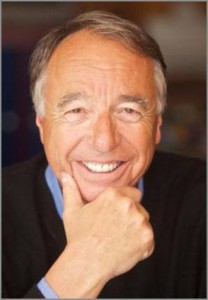 When I was a kid, the basic curriculum at our local elementary school included an inspirational tale of scientific synchronicity in which the young Isaac Newton, innocently snoozing in an apple orchard, is rudely awakened by a lumpy McIntosh caroming off his pate.

The story goes on to suggest that being hit on the noggin by a falling apple helped kickstart a line of scientific inquiry that eventually led Newton directly to his famous discovery of the law of gravity.

I’m not sure I ever figured out exactly what “moral” the Newton’s Apple story was supposed to convey to a bunch of 20th century Maine students (falling asleep in class will lead to the next big scientific breakthrough?).

But I know why I liked it.

In some weird way, I can see how Newton’s epiphany may have represented the hope that somehow, my own rather shocking, “bump on the head” experience might one day yield something of lasting value.

Bump on the head? Oh yeah. It all started innocently enough, when at age 10, I decided to stay after school and play on the playground swings instead of going directly home when school was dismissed.

I can dimly recall exiting the school building, hopping onto an empty swing, pushing myself off and “pumping” my legs to pick up speed. Yep, I remember that part pretty well. It’s the next several weeks that are a complete blank.

Apparently the swing came a cropper just at the right moment to send me hurtling skyward, at which point Newton’s gravity intervened, returning me abruptly and jarringly to terra firma. The instant my head hit the pavement my consciousness left the premises without even pausing to report the accident.

In audio and film editing there’s something called a “butt edit,” where you slice into the track, cut out a chunk, then jump in again a bit further down the line. It’s also known as a “jump cut” as in, one moment you’re here and the next you’ve “jumped” to someplace over there.

That’s basically what happened to me in that schoolyard, only in my case, the “jump cut” wasn’t happening on film. It was happening in real life.

One minute I was flying high on the playground swing. The next minute (in “regular time” that would be several weeks) I was sitting in a hospital room at Maine Medical Center in Portland, listening to a friendly nurse explaining that I would be going “home” today.

As she spoke it gradually dawned on me that, aside from having no idea what or where “home” might be, I hadn’t the slightest idea who I was! If there’s a more startling thought than that I’d like to know what it is.

The feeling of awakening from total amnesia is, of course impossible to describe. It’s something like a 3D version of the sensation you have when trying to recall a name that’s right on the tip of your tongue. The information you’re looking for is right there — except that it’s not. It’s hovering just beyond your grasp.

Over the next several days I managed to recall my name, where I lived and most of the other details of my pre-head-injury life. I say “most” because while virtually everything else came back, those missing weeks simply disappeared. Spooky? You bet.

Oh yeah, there is one more thing. It now appears likely that I emerged from that harrowing experience with something the doctors say I most likely didn’t have going in. When my memory returned, along with it came a neurological “glitch” which, back in 1961 when the accident happened, nobody had ever heard of.

In exchange for a few weeks of my memory I’d apparently gained something called non-verbal learning disorder, NLD for short.

Like most kids grappling with undiagnosed, untreated cognitive issues, I took my lumps (both literally and figuratively). But over the years I’ve come to view my “disorder” as far more of a gift than a curse. Why not? The fact is that a list of “classic NLD symptoms” reads more or less like my personal Facebook profile.

Early reader? Check. Excellent grammar? Check. Strong verbal communication skills? Hey, why do you think I’ve spent most of my life behind a microphone?

Of course not all the NLD news is good. When it comes to math you can count me out. The average 6-year-old has more refined mechanical skills than I’ll ever have.

On the other hand, when it comes to creativity, I’m your guy. In an age when Fortune 500 companies spend millions teaching executives how to “think outside the box,” I can’t begin to figure out what “box” they’re talking about. 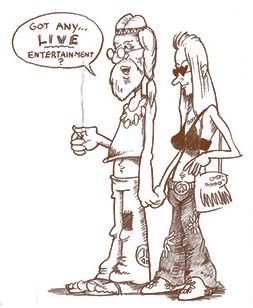 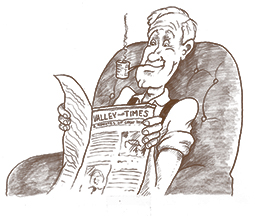 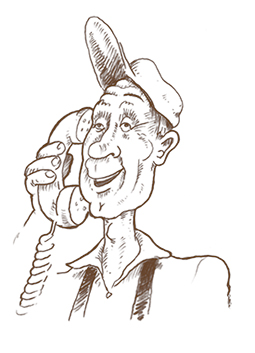 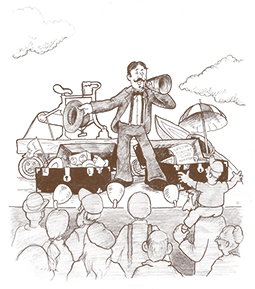 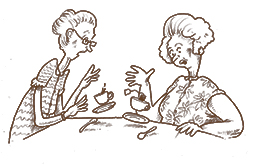 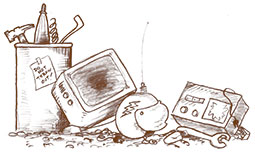